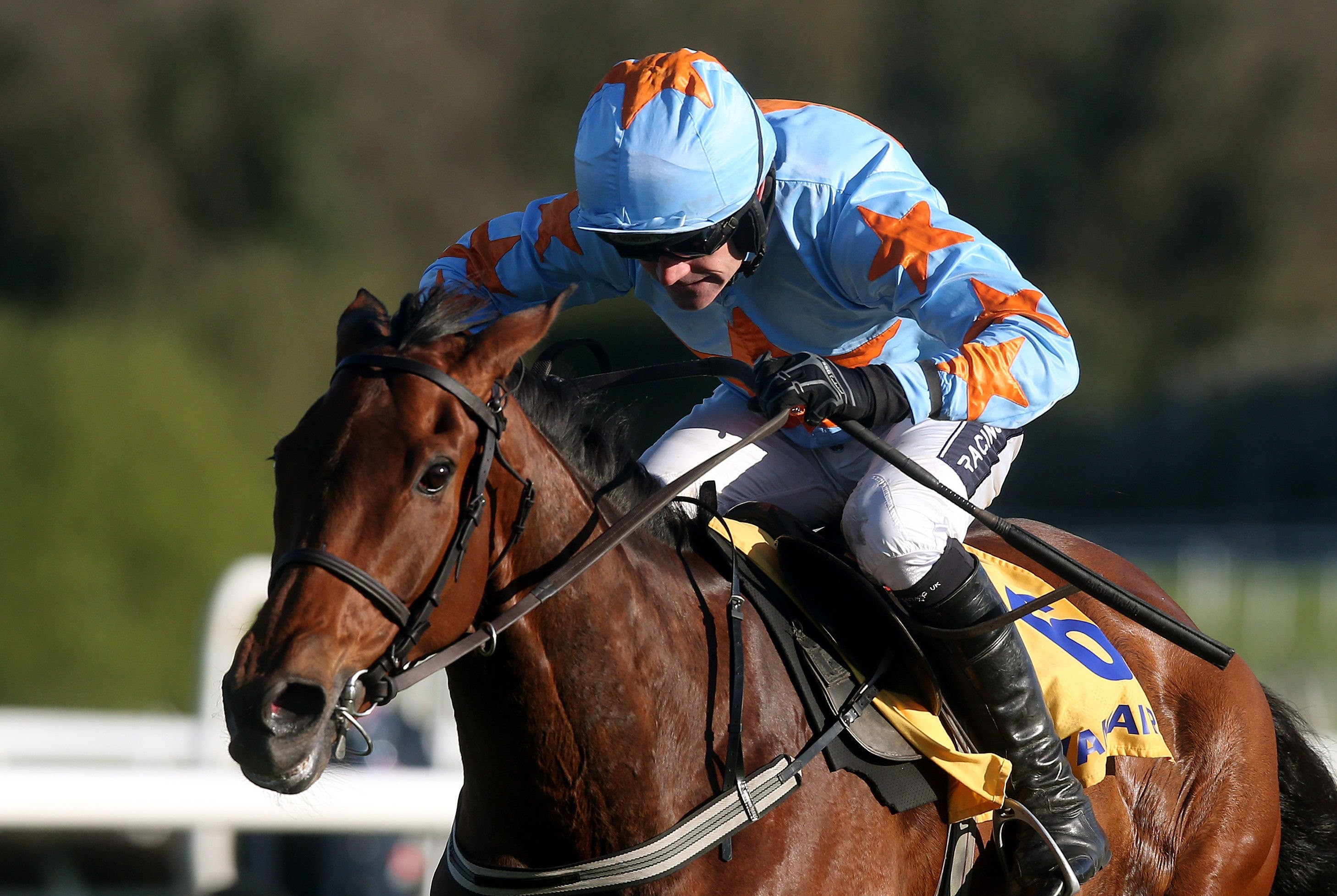 The horse I’m backing in the 2019 running of the Champion hurdle is going to be Apples Jade at 2/1.

This mare has been a revelation this season and has just kept on improving and improving.

I was at Leopardstown last time she ran when she was electric in the Irish Champion Hurdle, beating horses like Supersundae & Melon very very convincingly.

I think she’s better than Willie Mullins’s mare Laurina and I think Buveur D’Air will find it very very very difficult to give her 7 pounds.

She’s already won a Mares hurdle at the 2017 festival and last years run can be excused as she was apparently in season.

Gordon Elliott is convinced he’s got that under control so the green light points towards Cheltenham my bet for the 2019 Champion Hurdle will be Apples Jade.

Santini had already halved in price for the RSA Novices’ Chase prior to his impressive chasing at Newbury last Saturday, a success that saw his odds tumble once again.

It’s fair to say that champion trainer Nicky Henderson has been effusive in his praise when discussing the exciting son of Milan in the build up to his novice chase campaign, and understandably so following his gallant fourth-placed finish in the Albert Bartlett Novices’ Hurdle and subsequent Grade 1 success at Aintree during the spring.

Now don’t get me wrong, Santini has achieved a lot in his short career to date and comfortably dispatched a promising young horse who arrived at Newbury with an unblemished record over fences (3-3). However, his new price of 4/1 looks skinny to say the least. Therefore it may pay to look for a bigger priced alternative at this very early stage, and Gordon Elliott’s Cheltenham Festival winner Delta Work certainly fits the bill.

The Gigginstown House Stud inmate landed the ultra-competitive Pertemps Final in March and is already 2-2 over fences after landing the Grade 1 Drinmore Novice Chase at Fairyhouse on Sunday.

The up-and-coming six-year-old was value for much more than the winning margin would suggest at the weekend after a final fence blunder, following an otherwise fluent round of fencing, handed eventual runner-up Le Richebourg the initiative on the run for home.

As both a Cheltenham Festival winner and Grade 1 Novice Chase scorer it’s hard to fathom why Delta Work is more than double the price of Santini at present, and I will be staggered if that’s still the case come March.

Therefore it makes sense get the promising youngster on-side now.

Traditionally this is a race that I wouldn’t dream of betting in at this very early stage of the season.

However, there is a horse lurking at 20/1 who has already triumphed at Prestbury Park and is being trained with the Champion Bumper in mind, namely Master Debonair.

Colin Tizzard’s promising four-year-old was narrowly touched-off by a more experienced rival at the Showcase Meeting in October before returning to the Cotswolds to land a very competitive Listed contest at the November Meeting three weeks later.

The age old argument of ‘if he was trained by Mullins or Elliott he would be a fraction of the price’ certainly rings true here.

And the fact that Tizzard has elected to keep the impeccably bred son of Yeats in bumpers despite having already schooled him over hurdles is a sure sign of the regard in which he is held at home.

It will be interesting to see whether connections decide to go straight to the Festival or contest another decent bumper during the winter.

Given both his age and experience I would favour the former, which would afford the youngster an easy time over the gruelling months ahead before returning as a bigger and stronger horse during the spring.

Tizzard’s numbers, both in the yard and on the track, continue to swell year-on-year, and the Dairy Farmer turned top-class racehorse trained prepared the legend that is Cue Card to land this prize in 2010. Hopefully he can repeat the feat with Master Debonair come March.