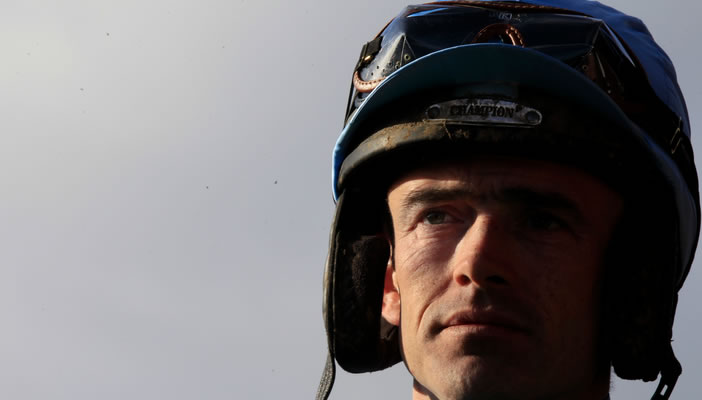 Ruby Walsh, the winning most rider at the Cheltenham Festival, has been out of action since November when he broke his arm in a fall from Let’s Dance at Punchestown.

There had been whispers that perhaps Walsh was losing his battle to be fit but Walsh has been back riding out for Willie Mullins since the weekend and is set to return to race-riding at some point this week in Ireland.

Walsh, who has 56 festival winners, including for the past five years, told the Racing Post: “I went back riding out at Willie’s on Saturday and I’m feeling 100 per cent and ready to go.

“Whether I’ll be back riding before Cheltenham will depend on what the weather does and what meetings are on in Ireland later this week – and what horses will be running.”

[wpsm_titlebox title=”Cheltenham Day One Offer” style=”2″]
Make sure you pick up Paddy Power’s offer for day one.
[/wpsm_titlebox]

Walsh currently heads the betting for the top jockey award at the Festival, where punters can get 4/6 about his chances.

Those that follow the Willie Mullins stable and think he’s set for a profitable week will surely be tempted by that odds-on carrot. It’s easy to forget he’s won this award 11 times in the past.

Walsh is used to starting the week with a bang in the Supreme Novices Hurdle and his mount Getabird is fancied to go very well in the opening race.

The Northern Irishman wrote himself into the record books in 2010 when he became the most successful jockey in Cheltenham Festival history and his ruthless domination of the four-day extravaganza has yet to drop as his relationship with Mullins has strengthened year on year.

Walsh has everything a punter, trainer or owner would want from a jockey to give their horse the best chance of running to its potential.

His strength and coolness under pressure are traits widely recognised by his employers, but the main attribute that stands Walsh out from his rivals like Geraghty and Fehily is his immaculate timing in the saddle.

Walsh has an uncanny knack of being in the right place at the right time more often than not when horses are accelerating up the famous Cheltenham hill.

A master of his trade, Walsh’s tactical brain and reaction skills continue to defy belief every year at Prestbury Park.

His four-timer on the Thursday last year when Yorkhill, Un De Sceaux, Nichols Canyon and Let’s Dance all went in under the champion.

However, those with doubts about whether Walsh will full wound up after such a long spell on the sidelines could be looking elsewhere for options in the top jockey market.

Barry Geraghty will be riding all of JP McManus’ horses, including Buveur D’Air in the Champion Hurdle, who looks a near certainty.

Geraghty can be backed at a best priced 5/1 for the top honour.

Others that may interest include Jack Kennedy (6/1), Davy Russell (10/1) and Noel Fehily (16/1), who always picks up a fruitful spare or two over the week.

But, all eyes will be on Ruby – sit back and enjoy his brilliance.[/vc_column_text][vc_cta h2=”” txt_align=”center”]These are our tips and opinions only. Wins are not guaranteed. We are committed to responsible gambling. Over 18’s only.[/vc_cta][/vc_column][/vc_row]