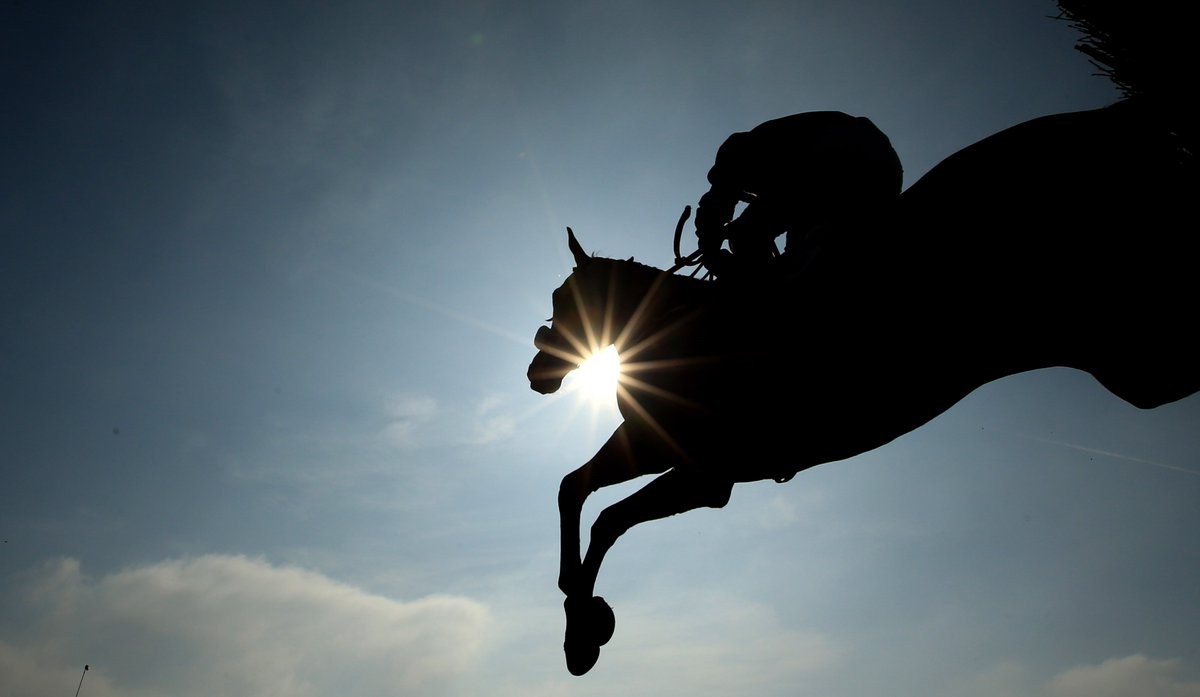 MC: Getabird 11/8, probably bigger on day. Kalashnikov has form in the book but horses that win Betfair Hurdle generally done nothing here.

WG: Has Western Ryder but main intention but at moment is Ballymore bound but will switch here if it comes up soft. Bit disappointed with him this year but does have some form at Cheltenham. Richard Johnson seems him as a Stayer and worthy EW if he does go here at 33/1. Fan of Kalashnikov.

AG: Getabird, has taken same route as previous Mullins hot pots in this but not in same league as Douvan, Vautour etc. and too short. Possibly ground dependant and should be 5/2 so would oppose at 11/8. Likes Kalashnikov on better ground. Back Claimantakinforgan ante post. Lost in Translation may go better and Scarlet Dragon was an eye-catcher in 2nd part of his last race but both could go Ballymore. Kalashnikov Rock solid for placepot.

AG: Footpad well supported early doors like an Altior or Douvan in previous years for this but probably too short now as they were good things at the time. Petit Mouchoir wasn’t as fluent LTO as Footpad.
St Calvados, not sure on whether he will go on the course or like the ground. There has been a difference of option between the trainer, jockey and work rider.
North Hill Harvey has EW chance without favourites market. Will pick up the pieces.

WG: Footpad been impressive. PM had interrupted preparation LTO and may improve.
Fan of St Calvados, jumps well. NHH could run into a place and Nicholls says he is 10lb better for Cheltenham. Would probably play PM

MC: would be with PM. Brain Power better right handed

MC: BD looks a banker but last back to back winner in this was 2005. Melon not good Enough. Yorkhill jumping an issue. Wicklow Brave for EW money.

WG: can’t see BD being beat. MTOY will be second.

Chat about what ground will be. WG thinks soft, AG thinks G/S.

AG: doesn’t like short priced favourites and wound rather Faugheen at 7/4 WO BD. MTOY EW chance and has backed Chitbello WO BD

GL mentioned that WG had Keeper Hill in the 4 miler and is available at around 14/1 although he did fall LTO. WH said he jumped well until the fall.

WG: Has not decided if La Bague Au Roi goes here and is currently in favour 60/40 that she will go here. More to come from her and has run well on heavy and soft ground.

AG: La Bague Au Roi was 6/1 without Apple’s Jade for this and sees that as a great EW bet.

AG: Has backed Singlefarmpayment weeks ago and fancies his chances although will need luck in running with his hold up style. Coo Star Sivola is very well handicapped but always seems to run far too wide.

AG: No Comment has had a very interesting campaign.

MC: Money has come for No Comment and also Elegant Escape but unsure if he goes here.

De Plotting Shed well fancied and backed heavily but the panel seemed to know that Any Second Now has been laid out for this.

MC: Money definitely has come for De Plotting Shed. MC also says that no favourite has won a handicap at the Festival for 4 years.

AG: Will oppose Samcro. Willie Mullins likes Next Destination but unsure if he goes here.

MC: Feels Samcro must be taken on.

WG: Felt On the Blind Side has been overlooked in this.

GL: Heard OTBS has had sore shins but WG thought he banged a joint.
RSA

WG: This is gruelling race and unsure which horses will run here.

AG: Thinks Presenting Percy should go to the 4 miler but probably will run here and have a good chance. Likes Black Corton.

WG: Thinks Altior too good and will win impressively. Says he is probably the most talented horse in training. GL agrees.

AG: Politilogue is now too long in the W/O Altior market and probably should be backed.

MC: Not sure why The Last Samurai is going here and likes Tiger Roll.

WG: Knows Mullins likes Hollowgraphic and Acey Milan has probably the best for of the British horses.

Brian Hughes has text AG to say he likes Cloudy Dream in the Ryanair, Look my Way in the Fred Winter, Barney Dwan in the Close Bros and his old favourite Mount Mews EW in the JLT.

AG: Again difficult to see who runs here. If Monalee ran here he would have a great chance. Invitation Only seems to be favourite by default. Very open race with no superstar. Feels Tizzard’s will improve at the festival. Also says Bigmatre is a big prize. Terrefort confirmed here and soft ground would be a plus.

WG: Benetar beat his horse Keeper Hill on bad ground, wasn’t that impressive though but maybe a solid EW. Big fan of Terrefort and has a good chance in an open race. Finian’s Oscar would be a no no. Modus is timid horse (a soft f*cker as Nicholls says)

MC: Terrefort is unexposed and would be his choice.

AG: Waiting Patiently won’t run and BH has confirmed this. Really strong on Top Notch EW and is one of his biggest bets so far. Will also cover by backing Balko Des Flos and Cue Card as win only bets. Probably would back and trade Cloudy Dream in running. Frodon could spoil the party.

MC: UDS is a bit more restrained now than the tear-*rse he used to be. This race is as far as he wants tho,

WG: Very open race and if you can get 12s on Cue Card he is a good EW bet.

WG: 6 or 7 could win this and very open. La Bague Au Roi would get the Mares allowance and would have a good chance if he sends her here. Says she is stronger this year and won 3m on heavy so distance not an issue. Wishes Mares was on the new course on the Thursday then his decision would be made. Also thinks Yanworth could be a big player.

AG: Agrees with WG that 6 or 7 could win it and La Bague Au Roi is of interest. Sam Spinner has the best form and if Mullins trained would be 7/4 so he is overpriced. Interesting market move on Supasundae after this last win beating Faugheen over a different trip, will he stay?
Yanworth will trade bigger in running. Penhill isn’t without a chance if fit.
L’Ami Serge will be favourite heading down the hill but doesn’t find off the bridle.

MC: Agrees that Sam Spinner should be shorter. Penhill is of interest but hasn’t been backed by the owner yet which is normally a sign. Would back L’Ami Serge EW.

A man from the northern Racing Club says that Matt Woolston, head man at the jockey club, informed him that Glenloe only ran at Market Rasen last time to get a handicap mark for this race. Is this a sign?

WG: Says Missed Approach will be saddled by Noel McPartland (but I cant find an entry for him).

MC: Thought Apple’s Shakira would be short priced favourite but now Redicean has entered the fray and now thinks Redicean will go off jolly on the day.

WG: Likes Redicean, very impressive so far and Alan King is good with juvenile hurdlers. Also likes We Have A Dream and won LTO even though wasn’t at this sharpest.

AG: Redicean impressive and likes the fact he is good from 2 out until the line although LTO he was impressive throughout the whole race. Stormy Ireland is also of interest and maybe a back to lay in running.

MC: Popular betting race and there could be a turn up. Santini backed well by connections.

WG: Runs Mulcahys Hill who has graded form and has a squeak. Thinks Next Destination would win this if he runs.

AG: 7 or 8 have a chance here. Our Duke or Killultagh Vic EW chances. Sizing John, Might Bite and Native River all have obvious chances and rightly first 3 in the market. SJ is the one who has more to prove. Native River has had the perfect prep though. Potential to lay Might Bite in running.

WG: Might Bite will run his race and looks more straightforward this year. Was good in the King George. Also likes Native River, worried about the bounce factor though but if he runs to his form last year will be right up there. Edwulf will run conservatively and staying on for a place.

AG: Thinks Definitely Red is a good solid chaser but runs to about 150 bar one time. Total Recall probably out for a spin before an Irish Grand National effort. Minella Rocco and Djakadam massive prices.

AG: Old favourite A Hare Breath EW. Wants Charli Parcs to go here as would back him but looking like he will go Champion Hurdle which is a shame.

Preview Credit: Jonthehammer @fatjockey[/vc_column_text][vc_cta h2=”” txt_align=”center”]These are our tips and opinions only. Wins are not guaranteed. We are committed to responsible gambling. Over 18’s only.[/vc_cta][/vc_column][/vc_row]